Appendix F
A Synchronized Chart of

That Establish the Year of Christ’s Birth

Few Bible students realize that a vast amount of evidence is available with which to prove the year of Jesus’ birth. In keeping with the biblical principle that a matter should be established by the testimony of two or three witnesses (Deut. 17:6; Matt. 18:16; etc.), we find that there are indeed three witnesses—history, Scripture and astronomy—which corroborate the year of Christ’s birth. These three witnesses combined build a valid case, proving conclusively that Jesus was born in the fall of 5 BC.

The primary scriptural records are those provided by Matthew and Luke. The astronomical evidence includes the full lunar eclipse of September 15, 5 BC, used to pinpoint the time of Herod’s death. (See Appendix E, “When Was Jesus Christ Born?”, p. 1258.)

The primary historical references that enable us to determine when Christ was born are those of Roman historians and of the Jewish historian Josephus, who lived from about 37 AD to 100 AD. These secular records can be used to establish the reign of Herod the Great, who attempted to kill the infant Jesus. Josephus records the names of the consuls who ruled in Rome at the time that Herod began his reign. Lists of all the consuls who ruled during the years from 509 BC to 337 AD have been preserved by Roman historians, giving us an exact time frame for dating the reign of Herod, which is essential to identifying the year of Christ’s birth.

According to Josephus, Herod reigned thirty-seven years from the time of his coronation in Rome (Antiquities of the Jews, 17:8:1; Wars of the Jews, 1:33:8). Consequently, the end of his reign occurred sometime between January 1, 4 BC, and June 30, 4 BC. Since Jesus was born during the final months of Herod’s reign, the historical facts limit the time of His birth to the period from June 30, 5 BC, to June 30, 4 BC. Because the Gospels place His birth during the fall festival season, the time is further limited to the year 5 BC.

The historical and scriptural records are presented in chart form on the following pages. 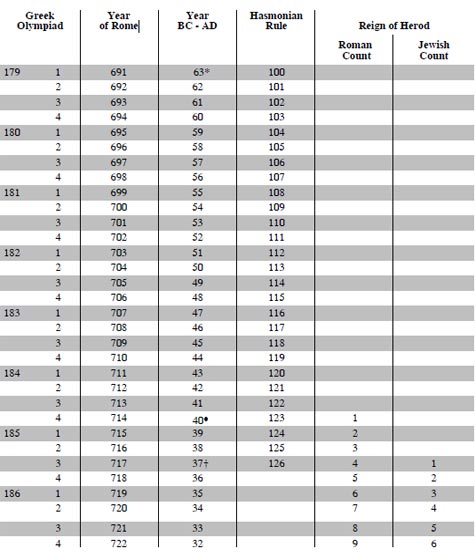 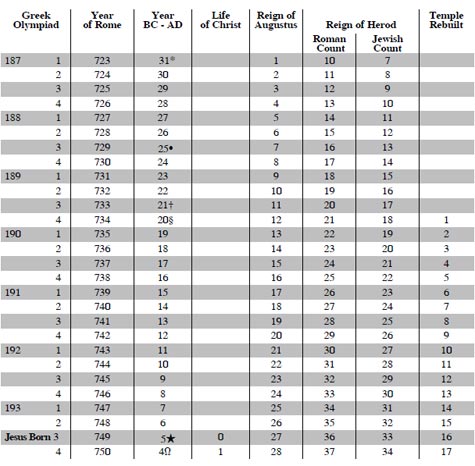 Jesus born during fall festival season—most likely on the Feast of Trumpets. 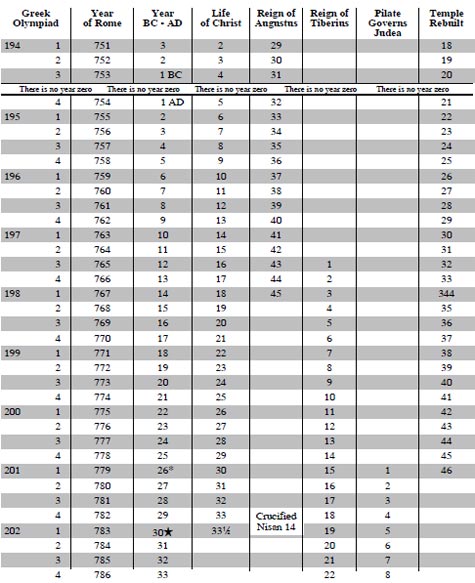 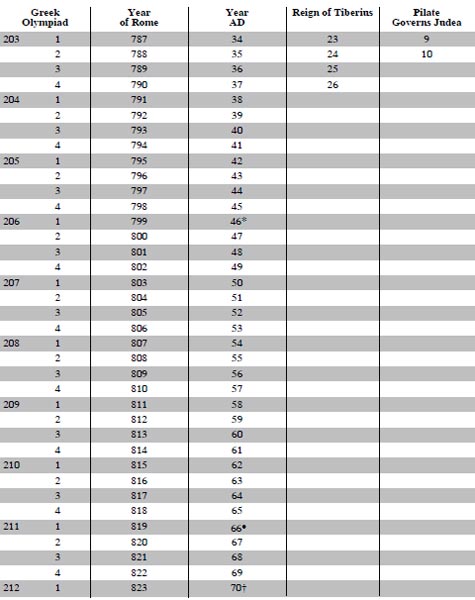